In the past few years, Eastern Europe became more popular and is on the travel bucket list of many people. As a person born and bred here, I understand why. It surprises with history and culture, and ethnic variety. On a relatively small territory, you will find numerous countries. And although their traditional cuisine and language are similar, they are different in mentality and lifestyle. The best and easiest way to sample these similarities and differences is to visit some of the capitals of Eastern Europe.

First of all, we should clarify what are the countries included in the term ‘Eastern Europe’. While this looks like an impossible task, I will offer you my understanding of the subject. Because a common understanding does not exist, even in the official documents, Eastern European countries can be categorized in terms of their location or (and) past.

Often the term Eastern Europe is used to describe all the countries part of the Eastern Block (i.e. had Communist regimes). I don’t think this is correct. That’s why in this article about capitals in Eastern Europe to visit, you will not find information about the Caucasus’ countries like Azerbaijan and Armenia. Instead, some of the countries that sometimes are referred as Central Europe are included. Those are Poland, Hungary and the Czech Republic.

More on the definition of Eastern Europe you can read here.

My travel blogger friends and I worked together on this article. We wanted to present this intriguing part of Europe to people that visit for the first time and make their choice of destination easier. The featured Eastern Europe cities are not only the capitals of the countries, but they are also representing the history mixed in an intriguing combination with the modern lifestyle, often influenced by the Western world.

Sofia can be a big surprise for many. A mix of Western European chic and an Eastern European past, it features its many faces in a surprising combo.

In Bulgaria’s capital, you can see ancient artefacts from world civilizations you didn’t know existed. You will sample some of the best meals of the Balkan’s cuisine that has a prevailing oriental savours. You can ski without leaving Sofia and take day-trips that are as varied as the colours of the Bulgarian traditional costumes. For history buffs, visiting Sofia is a good opportunity to learn about how was life back then – in the Communist Era.

Read my tips on visiting Sofia in every season.

Kyiv used to be known under the name of the Green Capital – and that is what we love about it – it’s so green that sometimes you feel that you live in a huge park. (Hopefully, it will stay this way). We are also lucky to enjoy four proper seasons, all of them making from Kyiv something different. Spacious and large, Kyiv combines an imperial Soviet architecture with gorgeous buildings of a late 19th century and orthodox churches in a somewhat clumsy but touching way. Decorated with numerous murals, the capital of Ukraine looks particularly stylish in its urban decay. More than affordable for an average European tourist budget, you are doomed to taste some good food, delicious coffee and a real spirit of authenticity. Make sure you can make out our beautiful alphabet and prepare yourself for a possible culture shock!

Eastern Europe can be proud of its diverse capitals. One of our favourites is Warsaw. Why? First, the city welcomed us with fresh air in the midst of a very hot summer. Then every park and garden smiled at us with greenery, colourful flowers, and alleys. The Warsaw cuisine offers something for every taste. You can try local specialities and find new friends in one of the many restaurants around the centre. But our strongest memory is the active cultural scene! Everywhere you can enjoy music, performances, street artists entertaining passers-by. For us, Warsaw means culture!

Bistra & Nace from THE MAGIC OF TRAVELING

Prague is one of those destinations that is way more than just beautiful landscapes, vibrant Old Town and lots of beer. Especially during winter months, Prague will surprise you with its many faces.

First of all, the capital of Czech Republic is the perfect romantic destination – no doubt in that. Prague can also quickly become a favourite place for culinary lovers. If you’re interested in history, this Eastern European capital has a lot to offer. Another way Prague can surprise you is by its quirky statues and stories that David Cherny and other artists made sure to leave all over the city.

Zagreb, the capital of Croatia, was one of the last Eastern Europe capitals I visited. We spent there only a few hours, but I was really impressed by the sites we saw. Let me share with you the most interesting of them.

The first place in Zagreb we visited was the impressive Gothic cathedral of the Virgin Mary. Due to its height, it is visible from afar. It was built in the 13th century. The next was the Stone Gate – it is now a temple, but in the past, the Stone Gate was the Eastern gate of the local medieval town of Gradets. After the Gate, we passed through several churches and the famous Lotrščak Tower. Our Zagreb walk ended with the central city square called Ban Yosip Jelacic.

For warmth and touching the ground of the civilization said to be the base of our modern world, go to Athens. The Greek capital is a good choice even in the winter months. The warmer climate makes it easy to explore but also there is so much to do and see.

Explore the Ancient Greek ruins (they are everywhere in Athens). Try the Greek cuisine so rich of good nutrients and a great example of the Mediterranean diet. Spend some time at alfresco bars sipping from a glass of Greek ouzo. And make sure to check the shops for some mythology-inspired Greek souvenirs.

Even though I haven’t spent a lot of time in the Hungarian capital, I fell in love with Budapest. The city has a special atmosphere and charm and in my opinion, is a very romantic city too.

One of the best things to do in Budapest that I would recommend are to take a boat on the Danube River, watch the sunset by the river and enjoy the night views from Gellert Hill.

Bilyana from OWL OVER THE WORLD

I visited Bratislava in November 2017 for the first time in my life and I could definitely say that the capital of Slovakia is much more than just “Partyslava” as the Germans and Austrian use to call it! Bratislava is the only capital in the world bordering two countries: Austria and Hungary. The Slovak capital is one of those cities where everything is within walking distance. And I loved it! The city used to be the conjunction of four and even more different populations: Germans, Austrians, Hungarians and Slovaks. Nowadays you can still feel the various cultural heritage of Bratislava – music, literature, architecture, etc.

Moscow is one of these cities that everyone should see in their lifetime. It is a one-of-its-kind city that will surprise you and teach a lot about human history and nature. It will enchant you grandiose buildings. And at the same time will stunt you with the ugliness of the Communist-era constructions. You will have the opportunity to taste some of the most unique Russian traditional meals and will teach you how to survive real cold.

Moscow has also some of the best art museums you will enjoy visiting. Forget about Pushkin Museum! If you want to see the amazing Russian art, go to the Tretyakov Gallery. Best time to visit Moscow? Christmas in Russia is magical and New Year’s Eve fireworks at the Red Square worth waiting in the minus temperatures!

Eastern Europe is interesting in its cultural mix. But what makes it really difficult to understand is its past. The region had turbulent times under the Ottoman Rule and the Communist regimes that made of it a complex and a bit mysterious part of the world.

However, this now has changed. It becomes easier for foreigners to visit. But most of all – even poorer than its Western counterpart – the Eastern European capitals are safer and affordable to discover.

The Non-Touristy Things to Do in Sydney

5 Places to Visit in TUNISIA 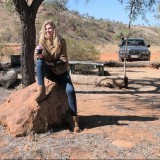